When speaking of classic art-house cinema, all conversations begin with Ingmar Bergman's The Seventh Seal. Bergman's black-and-white masterpiece follows the exploits of world-weary knight Antonius (Max von Sydow) and his cynical squire, Jons (Gunnar Bj rnstrand), as they return from the violence and folly of the Crusades to a world made insane by avarice, lust and plague. Upon meeting the Angel of Death (Bengt Ekerot), Antonius engages in a fateful game of chess, an image oft copied and parodied, but never surpassed. You may think you know "The Seventh Seal", but it can only be truly appreciated on the silver screen, and on 35mm. 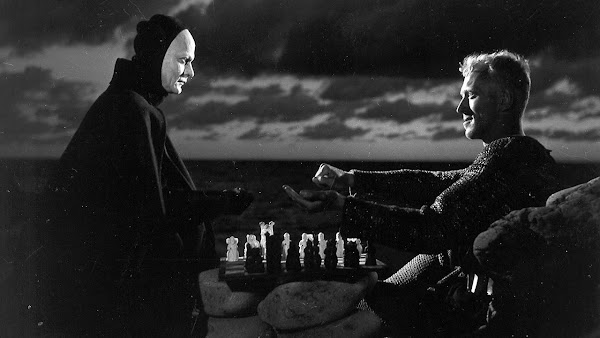