Sharon McKendrick and Susan Evers (both played by Haley Mills) hate one another. Meeting at summer camp, their identical appearance makes them instant rivals, playing tricks on counselors and one another. As punishment, they're forced to room together, and there they discover they're actually twins, separated at birth when their parents divorced. A plan is hatched they'll get the same haircut and switch places in order to finally meet the other parent and maybe, just maybe, reunite the couple! Minneapolis native David Swift directed this charming film, which was an enormous box office hit for Disney, thanks in no small part to Haley Mills' incredible performance. 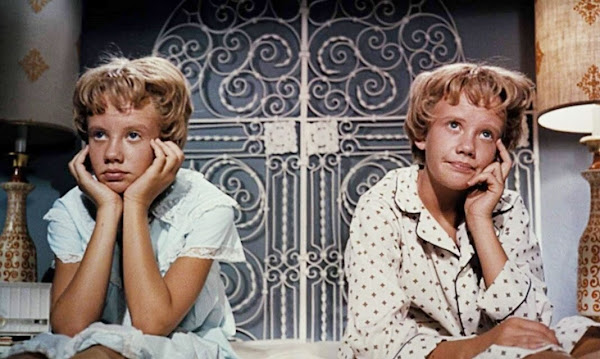