THE MAN WHO LAUGHS

German Expressionist director Paul Leni's THE MAN WHO LAUGHS is a gothic horror masterpiece. In 17th Century England, King James II has his rival Lord Clancharlie executed in an Iron Maiden and worse, takes his son, Gwynplaine and has a smile permanently carved onto his face so that he will laugh forever at "his fool of a father". Exiled, the boy finds refuge with a kindly traveling mountebank and becomes The Man Who Laughs in a traveling carnival. Soon, Gwynplaine is besieged by old enemies and falls in love--but will he be able to withstand the forces that conspire against him? The Man Who Laughs is a melodrama of the highest order, at once terrifying, emotionally rich, and even funny in spots. All of this is centered by Conrad Veidt's performance, an incredible display of acting by a man who wears a mask for most of the film, a wicked smile in every other scene. His iconic look was the direct inspiration for the modern Joker. 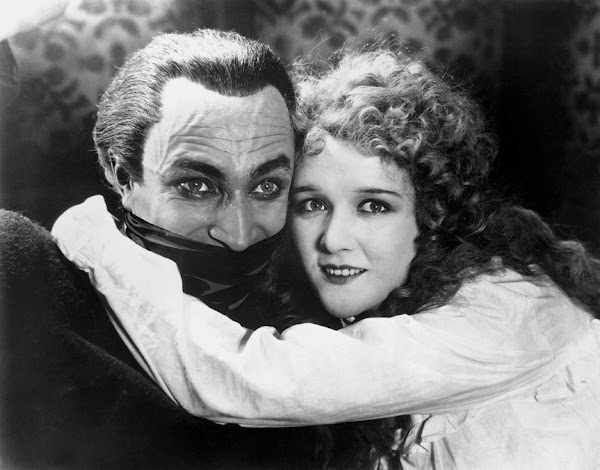