STRANGERS ON A TRAIN

Due to the Covid-19 virus outbreak and the temporary shut down of all non essential businesses the forthcoming April 23th screening of STRANGERS ON A TRAIN will be moving to Thursday June 18th. If you have purchased advance tickets, they will be good for the rescheduled screening, and you do not have to do anything other than show up.

Two men, each needing a certain someone out of their lives, meet on a train. The first, Guy, a tennis pro, is thinking of the easy divorce he knows will never come. The second, Bruno, a playboy obsessed with his mother, would like his father gone, as in, dead. But Bruno's got a plan, and with that Hitchcock launches this most wicked of films. Based on the acclaimed novel by Patricia Highsmith.

Presented by The Heights Theater and The Trylon Cinema 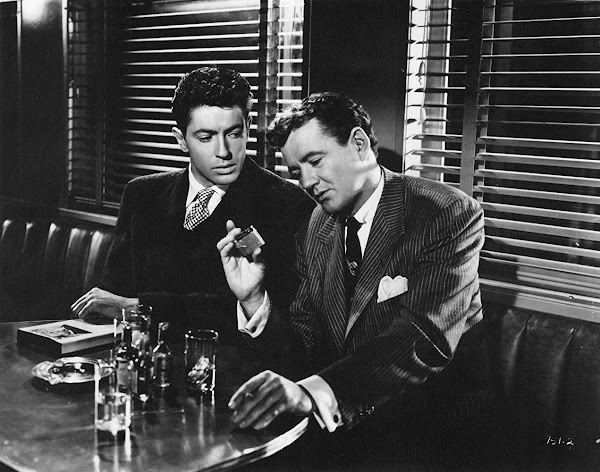