Ann (Audrey Hepburn), a princess from an unnamed country, is on an official visit to Rome. Frustrated over being micromanaged, she escapes, and falls in with broke reporter, Joe (Peck). With his pal and photographer Irving (Eddie Albert) along to snap pictures, Joe takes the princess on a whirlwind tour, pretending he doesn't know who she is, in the hopes of getting an exclusive that will make his career. Peck had a clause in his contract giving him top billing, but upon seeing Hepburns wonderful performance, insisted they have equal billing. This bittersweet pairing of Hepburn (in her first starring role) and Peck was an instant classic, and won her the Oscar. 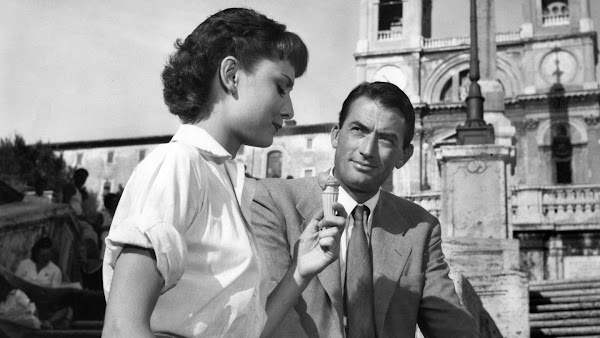