This smash Broadway musical became one of the most beloved Hollywood musicals of all-time. Audrey Hepburn is the crass Cockney Eliza Doolittle and Rex Harrison is the conceited phonetics professor who wagers that he can turn her into a full-blown English lady, ready for London society and high tea with the Queen. Featuring toe-tapping songs by Lerner and Lowe and directed by George Cukor, My Fair Lady is almost as famous for its lavish costumes and sets, designed by Cecil Beaton (who won Oscars for both). A box-office smash, the film went on to win 8 Academy Awards, including Best Picture, Actor and Director.

All proceeds from ticket sales will go to the Groveland food shelf, so not only are you going to be seeing a great movie, you will also be helping those in our community who are in need!

This special screening will also include a pre-show organ concert performed by LOU HURVITZ on The Heights Mighty Wurlitzer! 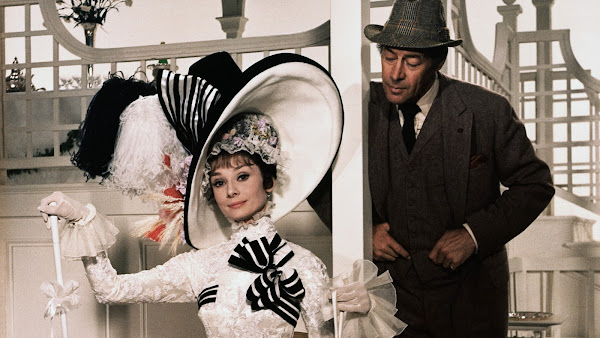