MONTY PYTHON AND THE HOLY GRAIL

The battle with the Black Knight. The Killer Rabbit of Caerbannog. The Knights who say "Ni!" The Trojan Rabbit, Castle Anthrax, Sir Robin the Not-Quite-So-Brave-as-Sir-Lancelot... these are but a few of the classic bits in what is unquestionably Monty Python's most popular film in the States. This crass and witty send-up of the King Arthur legend is an episodic romp through filthy olde England, and has been adored and quoted again and again and again by Python fans since its release almost fifty years ago. 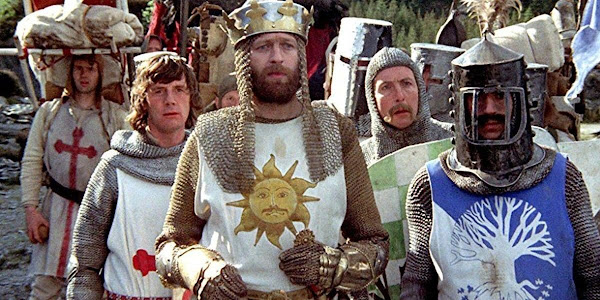