Young Ed Wood (Johnny Depp) is struggling to make his movies in a Hollywood indifferent to his genius. Baffled, Wood persists in trying to get "I Changed My Sex!", "Bride of the Atom", and "Plan 9 from Outer Space" made films too visionary for studios to produce. Or so he believes, but, as we all well know, Ed Wood was the epitome of the awful artist, his cringeworthy films so bad they have to be seen to be believed. But he managed to make some crazy friends, whom he cast in his dogs, namely Bela Lugosi (Martin Landau, who won an Oscar for his role), the Amazing Criswell (Jeffrey Jones) and Vampira (Lisa Marie). Tim Burton's affectionate bio-pic balances perfectly an admiration for Wood's very limited talents without being patronizing or overly serious. 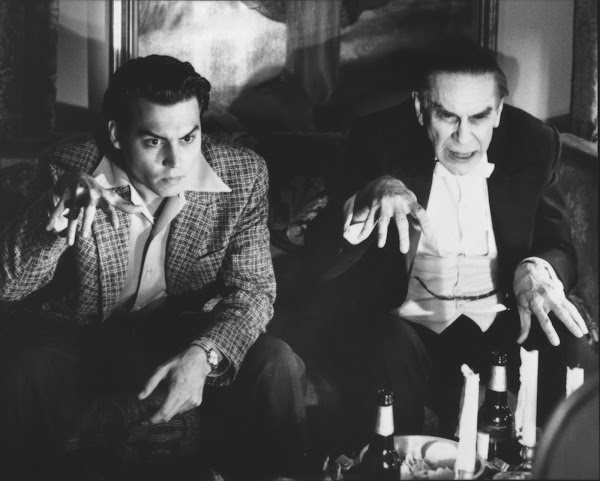