Daily World reporter Lee Taylor is chasing the story of a lifetime: a serial killer is prowling the streets of New York, butchering and cannibalizing victims under a full moon. Evidence points to the mysterious Doctor Xavier, but there are other suspects as well. Soon, all the suspects including a deranged one-armed man_retreat to a seaside estate where some of the most lunatic plot twists carry viewers along to an astounding conclusion. This pre-Code thriller is batty and fun in equal measure, and its eye-popping Technicolor make it a giddy entertainment. 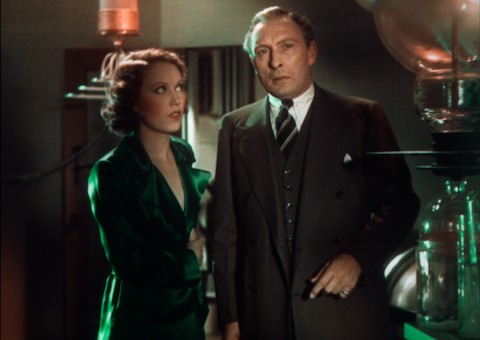