Poor Christina (Vera Clouzot): she owns a broken-down boarding school in rural France, run by her tyrant husband, Michel (Paul Meurisse), who abuses her and is openly having an affair with fellow teacher Nicole (Simone Signoret), whom he mistreats with equal vigor. The two women plot to murder their tormentor, and succeed, but the body of the dead man won't seem to go away. Hitchcock desperately wanted to make Les Diaboliques himself, but was so impressed by Clouzot's version he adapted another story by the same authors, which would become Vertigo.

In French with English subtitles 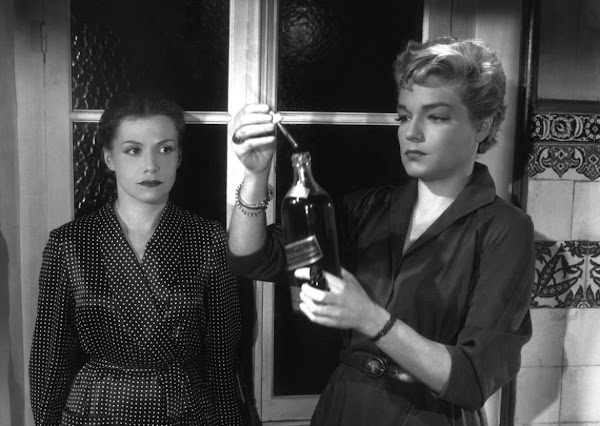