Like Murder by Death before it, Clue (loosely based on the board game) is a spot-on parody of classic murder mysteries, with a star-studded cast of the 80s best comic actors, and featuring not one but three endings (each included at our screening!) Six strangers appear at an old mansion, are given pseudonyms (Col. Mustard, Mrs. White, etc., from the game), and soon, chaos and hilarity ensue! Tim Curry cements the whole thing as the crazed butler, while Martin Mull, Madeline Kahn, Leslie Ann Warren, Christopher Lloyd and even the Go-Go's Jane Wiedlin make appearances. A flop in its day, Clue has since gone on to be a hilarious cult classic! 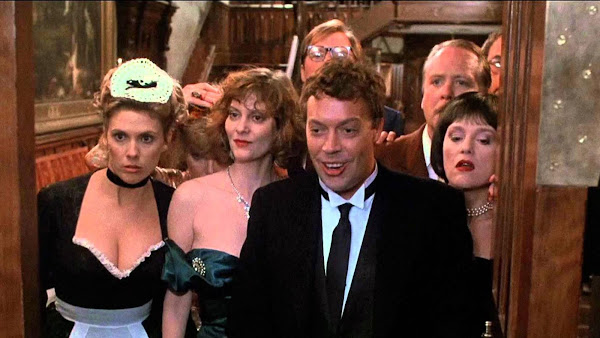