THE BRIDGE ON THE RIVER KWAI

David Lean was already well known throughout the world as a director of beautiful and romantic films, typically based on cozy theatrical productions. But he burst onto the scene as a master of the epic with the multiple Academy Award winner THE BRIDGE ON THE RIVER KWAI. Trapped in a Japanese POW camp in Burma, obsessive British Lieutenant Colonel Nicholson (Alec Guinness, in an Oscar-winning role) wants order and a strict adherence to the rule of law, so much so that he is blind to the Japanese commander's request to build the eponymous bridge--an act that Nicholson believes follows the rule of law and will instill discipline on his men, while ignoring the fact that it will help the enemy. Meanwhile, American Commander Shears (William Holden) escapes the same camp, eventually leading a commando force to return and destroy Nicholson's engineering miracle. At once a gorgeous, sweeping epic, director Lean's experience with intimate romances also brings us close to the pain, suffering, and even humor of the men who survive the POW camp. Not to be missed on the big screen! 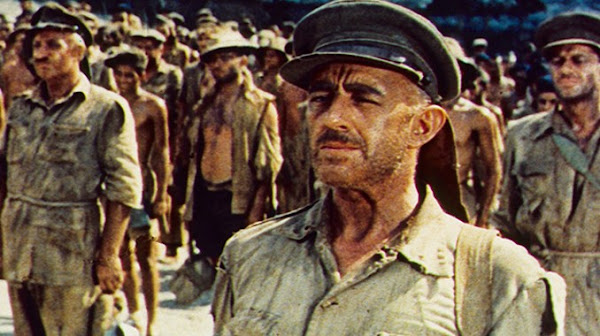