Due to the Covid 19 virus outbreak and recommendations from the CDC The forthcoming March 19th screening of the Mel Brooks film BLAZING SADDLES will be moving to Thursday, July 2. If you have purchased advance tickets, they will be good for the rescheduled screening, and you do not have to do anything other than show up.

An outrageous comedy that sends up Westerns, politicians, racists, sex... you name it, Blazing Saddles skewers it. Through a series of complex mechanisms, Bart (Cleavon Little), a black sheriff, is set up to take a fall when a railroad baron wants to buy up an entire town. A stellar cast was supported by Brooks' incredible script (written with Richard Pryor), and became the biggest box office film of the year. Brooks said: "I wrote berserk, heartfelt stuff about white corruption and racism and Bible-thumping bigotry. Blazing Saddles just got everything out of me--all of my furor, my frenzy, my insanity, my love of life and hatred of death." 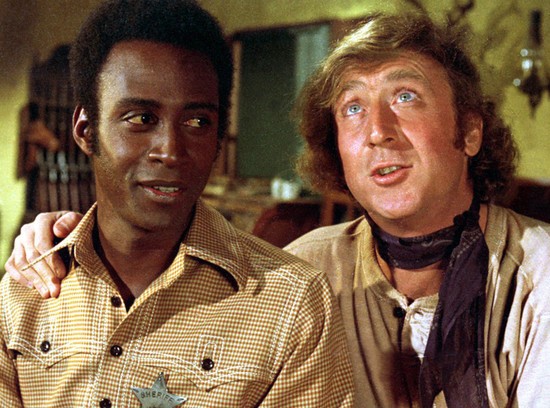