W. C. Fields was one of the most beloved comedians of the early sound era, whose cranky drunken everyman made audiences roll with laughter. But many of Fields' comedies were straight out of a carnival fun house--surreal, almost lunatic storylines and gags that were as baffling as they were hilarious. Prepare to have your mind blown by these rare screenings, featuring some of the most bizarre comedies in Hollywood history. You simply can't believe how wonderfully strange these movies are.

When he crash-lands his autogyro in China, Professor Henry Quail (Fields) checks into the International House Hotel. There, he finds himself in the midst of a full-on plot to steal a television that can broadcast images from everywhere on earth. This crazy device allows the story to bring in performances by numerous vaudevillians, and this star-studded film was billed as "The Grand Hotel of Comedy!" This one features an indoor car race, Bela Lugosi, Cab Calloway and the notorious multiple divorcee Peggy Hopkins Joyce playing herself! 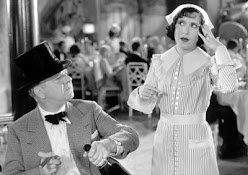 This screening will also include the 1932 W.C. Fields short film "THE DENTIST", presented in a 35mm print from The Library of Congress

Brush salesman Migg Tweeny (Jack Oakie) is in Klopstokia, presumably to sell brushes. There, he meets and falls for the beautiful Angela (Susan Fleming), only to discover all the women there are named Angela. She's the daughter of the President (Fields, of course), who happens to be a champion weightlifter. Political intrigue, the Olympics, foreign debt, Mata Hari and underwater fisticuffs are all in order in this madcap romp, which is so crazy it might have inspired the Marx Brothers' Duck Soup. Produced and written by Herman and Joseph Mankiewicz, who also wrote Citizen Kane and All About Eve. Go figure! 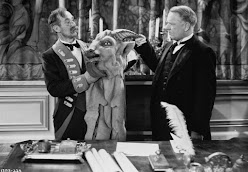 This screening will also include the 1930 W.C. Fields short film "THE GOLF SPECIALIST", presented in a 35mm print from The Library of Congress

Tillie (Alison Skipworth) has just lost her Shanghai bar in a dice game; her husband Gus (Fields) is rotting away in an Alaskan prison for murder. Each gets word of an inheritance awaiting them in Northern California, so they hightail it there and are suddenly mistaken for missionaries returned from Africa. A parody of the enormously popular Tugboat Annie movie and Saturday Evening Post stories, Tillie and Gus makes absolutely no sense... which means absolute no one will be able to stop laughing. 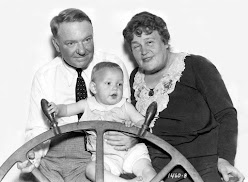 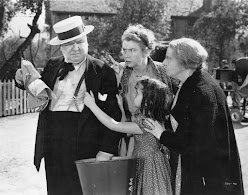 NEVER GIVE A SUCKER AN EVEN BREAK

Cross W.C. Fields with Salvador Dali you would get this surreal comedy. On the lot at Esoteric Pictures, W. C. Fields (played by W. C. Fields) pitches a script to a movie to a producer Franklin Pangborn (Franklin Pangborn). The movie concerns airplanes, alcohol, and eventually culminates in Fields falling from said airplane and into a giant bird's nest occupied by a wealthy Russian woman. Never Give a Sucker an Even Break is Fields' final starring role, and it was so zany the studio didn't know what to do with it. But this is the comedian his most truly insane, breaking the fourth wall, throwing gag after incredible gag at you, and creating an upside-down movie-within-a-movie in which nothing is weirder.... except perhaps the movie it's in. W. C. Fields' masterpiece was unappreciated in its day, but has since been regarded as a classic. 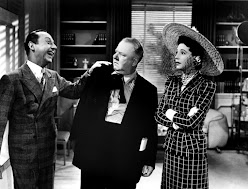