Celebrating the 75th birthday of one of America's most celebrated directors, and certainly its most famous Surrealist, LYNCH:75 is a five-film retrospective, from his earliest "mainstream" success to the pictures that divide audiences to this day. Inspired by transcendental meditation, his days growing up in the forested Northwest and the industrial squalor of Philadelphia, not to mention his love of Hollywood, Lynch exposes, with bright, buzzing lights, the dark corners of the American psyche. Taking us from sunny, wholesome neighborhoods deep into subcultures of violence and illicit sex, Lynch looks at this complex world with the wide-eyed wonder of the Eagle scout he once was.

Impressed by Eraserhead, producer Mel Brooks (yes, that Mel Brooks) brought Lynch on board to helm this heartbreaking story of John Merrick (John Hurt), aka The Elephant Man. When Dr. Frederick Treaves (Anthony Hopkins) "discovers" the Elephant Man at a freak show, the doctor finds Merrick to be intelligent and sensitive, and his profound kindness moves almost everyone he meets. Lynch's period detail is astounding, capturing 19th-century London in all its soot-stained industrial glory. Nominated for eight Academy Awards, including Best Picture, Director and Actor. 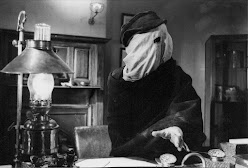 BONUS SCREENING ADDED WEDNESDAY MAY 5TH, our Thursday May 6th screening is sold out!

After the financial and critical disaster of Dune, Lynch retreated to the surrealist world he knew best, and with Blue Velvet established himself as a controversial and mesmerizing auteur. This is the story of Jeffrey (Kyle Maclachlan, Lynch's muse if ever there was one) who returns home to Lumberton, Oregon only to find a human ear in an abandoned lot. Enter Frank (Dennis Hopper), one of the nastiest villains ever to appear in a movie, who terrorizes Dorothy (Isabella Rosellini) and draws a very curious Jeffrey into this sticky web of lust and murder. Despite dividing the critics of its day, Blue Velvet earned Lynch an Academy Award nomination for Best Director, and has since been regarded as one of the greatest films ever made.

BONUS SCREENING ADDED WEDNESDAY MAY 12TH, our Thursday May 13th screening is sold out!

To make his story of "finding love in Hell", Lynch adapted Barry Gifford's bleak novel and then evoked the spirits of the Wizard of Oz, Elvis, Marlon Brando's "Snakeskin" Xavier and the glories of speed metal to craft this controversial thriller. Sailor (Nicholas Cage, never more Nicholas Cage-y than here) and Lula (Laura Dern) are in love. That infuriates Lula's evil mother, Marietta Fortune (Diane Ladd, Dern's real-life mother), who hires some creepy degenerates to murder our young lovers, who are forced to flee through a uniquely Lynhian wasteland. Adored and despised in equal measure, Wild at Heart won the Palme d'Or at Cannes and earned Ladd an Oscar nomination for Best Supporting Actress.

TWIN PEAKS: FIRE WALK WITH ME

BONUS SCREENING ADDED WEDNESDAY MAY 19TH, our Thursday May 20th screening is sold out!

Considered at the time Lynch's worst film (moreso even than Dune), Twin Peaks: Fire Walk with Me has since come to be regarded as one of his finest pictures, an underrated and emotionally shattering look at the dark side of the American dream. Both prologue and epilogue to the 1991 TV show, the film allowed Lynch to explore with greater depth the world of Laura Palmer (Sheryl Lee) in the weeks before and after she was murdered. A film of surprising emotional depth, Twin Peaks: Fire Walk with Me is must-see viewing for anyone who loves the Twin Peaks universe. Don't miss this rare screening. 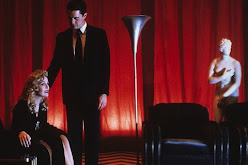 BONUS SCREENING ADDED WEDNESDAY MAY 26TH, our Thursday May 27th screening is sold out!

Conceived as a pilot for ABC, then rejected, Lynch barely tied up the loose ends to create perhaps his most perplexing movie. Mulholland Drive is the story of Betty (Naomi Watts), who has come to Los Angeles from a small town to become a famous actress. Into her life drops Rita (Laura Elena Harring), who has been in an accident and lost her memory. Put the blue key into the box and... the story becomes one of a frustrated failure, Diane (Watts), who may or may not have had her ex-lover, star actress Camilla Rhodes (Harring), murdered. Mind-bending, gorgeous, sexy and utterly devastating, Mulholland Drive might be Lynch's most personal film. Mulholland Drive earned David Lynch a nomination for Best Director, and a BBC poll of film critics named it the best film of the 21st Century.

A dream of dark and troubling things... Released in 1977, the same year as Star Wars, David Lynch's timeless debut feature is a descent into the world of Henry Spencer (Jack Nance), a young man whose girlfriend is pregnant. Soon, Henry is the sole caretaker of the bandage-swathed baby, forever known as the Eraserhead Baby, a bizarre, almost rabbit-like creature that looks like no special effect before or since. Shot in gorgeous black-and-white (in a new digital restoration from Janus), Eraserhead is like no other film you've ever seen, a surreal industrial world that is nonetheless very human. "A film where the organic is defeated by the inorganic." --Time 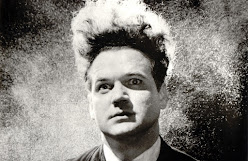