Murder is usually serious business, but at the Heights Theater we take our bloodshed with a wink and a grin (and, in the case of The Thin Man, a lot of gin). The five classic films in our newest program, HA! HA! HOMICIDE!, are proof-positive that the warmest comedies are sometimes spun on the coldest corpses. Don't miss these five killer comedies, guaranteed to make you laugh even when you're trying to figure out whodunnit!

Based on Dashiell Hammett's classic noir novel, director W. S. Van Dyke ramped up its Pre-Code humor for a crime cocktail that's sexy, hysterical and thrilling. Nick Charles is a retired detective, Nora Charles is rich, and together they get bombed on martinis, make passes at one another, and solve murders, all the while their fox terrier Asta leaps about wondering why no one's listening to him. This witty crime comedy was a box-office blockbuster and spawned five sequels. 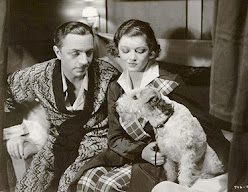 One of the most beloved dark comedies returns to the Heights! When Mortimer Brewster (Cary Grant) returns to his Brooklyn home to show off his new wife to his spinster aunts and oddball uncle, he figures nothing can go wrong, right? But when Mortimer's psychopathic brother shows up with a doctor (who just happens to be Peter Lorre) the body count rises and the laughs never cease. 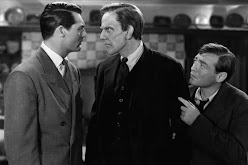 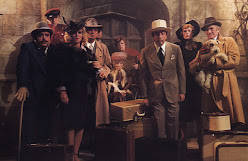 Like Murder by Death before it, Clue (loosely based on the board game) is a spot-on parody of classic murder mysteries, with a star-studded cast of the 80s best comic actors, and featuring not one but three endings (each included at our screening!) Six strangers appear at an old mansion, are given pseudonyms (Col. Mustard, Mrs. White, etc., from the game), and soon, chaos and hilarity ensue! Tim Curry cements the whole thing as the crazed butler, while Martin Mull, Madeline Kahn, Leslie Ann Warren, Christopher Lloyd and even the Go-Go's Jane Wiedlin make appearances. A flop in its day, Clue has since gone on to be a hilarious cult classic!

This blackest of black comedies is tremendous surprise from writer and director Charlie Chaplin (from a story by Orson Welles). Timid bank clerk Henri Verdoux (Chaplin) is laid off from his job after 30 years, and so, in order to support his ailing, he comes up with a plan: marry rich widows, and then kill them. The first film where Chaplin abandoned his "tramp" character, Monsieur Verdoux is at once farcical, haunting, and heartbreaking. Poorly received in its day, it is now considered one of Chaplin's many masterpieces. Don't miss this very rare screening. 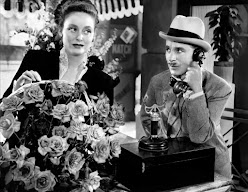