So controversial no studio wanted to touch it, Brooks' early masterpiece is a riot of song, dance, ridiculous dialogue and... Nazis. Failed producer Max Bialystock (Zero Mostel) wants to bilk oversexed old ladies out of millions by producing the surefire flop "Springtime for Hitler: A Gay Romp with Adolf and Eva at Berchtesgaden" with his nervous accountant Leo Bloom (Gene Wilder). But when the thing proves to be a hit, our heroes are in big trouble! Offensive and hilarious, The Producers was a hit for Brooks, who took home his one and only Academy Award for its screenplay. 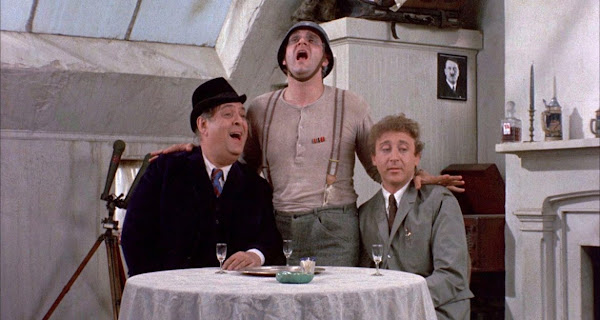