THE MURDERERS ARE AMONG US (DIE MORDER SIND UNTER UNS)

In bombed out Berlin, weary Susanne Wallner, an artist and concentration camp survivor, returns to her apartment to find drunken ex German soldier Dr. Hans Mertens there. It was her place before the war, but since he has no place to go, they become reluctant roommates. But the very worst war criminals still walk the streets of Berlin, the murderers among us, driving their victims into varying degrees of trauma or melancholy. And yet, hope remains.

The very first film shot in Germany after the war, and the model for what became known as "Rubblefilms", movies whose locations were the blasted out cities of Europe (The Third Man is perhaps the most famous), it was financed by the Soviets and their allies. The Murderers Are Among Us is a stunning combination of thrilling noir and moving drama, and nearly impossible to see in the U.S. Don't miss this incredibly rare screening, with a print courtesy of the University of Massachusetts' DEFA Film Library.

In German with English subtitles 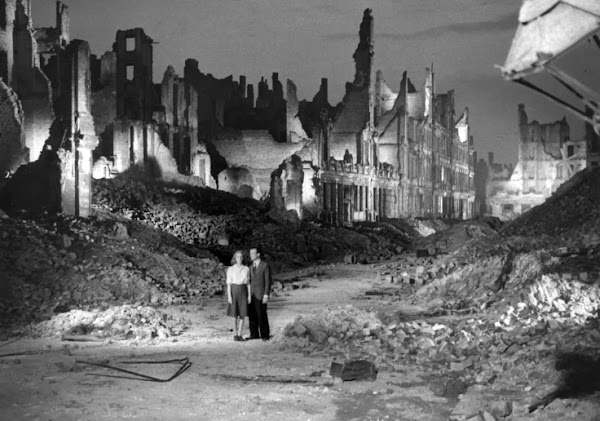