Egbert Sousé (Mr. Fields) is a hard drinking man, despised by his wife and her mother because he steals money from his dear daughter in order to remain in the sauce. In one day our hero will: replace a drunken director on a movie shoot; stop a bank robbery; become a security guard at said bank; get swindled and then steal money from said bank; gets kidnapped during a second bank robbery and somehow winds up insanely rich. Jokes, plot twists, and characters fly at you at rocket speed, and Fields, who wrote the film (under the pseudonym "Mahatma Kane Jeeves") was free to make this thing his craziest movie yet--which is saying a lot. 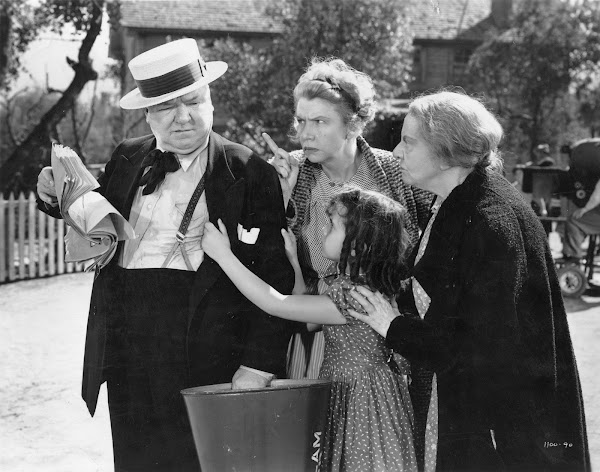