When people think of boxing films, no other movie comes to mind before Raging Bull. With this brutal tale of boxer Jake LaMotta and his rise and fall, Scorsese doesn't shy away from the violence inherent in the sport both in and out of the ring. Gorgeously shot in black and white, and with De Niro's signature performance (and his losing and gaining weight not only became the stuff of legend but has inspired equally dedicated--or insane--actors to follow suit), Raging Bull is widely considered to be one of the greatest films ever made. 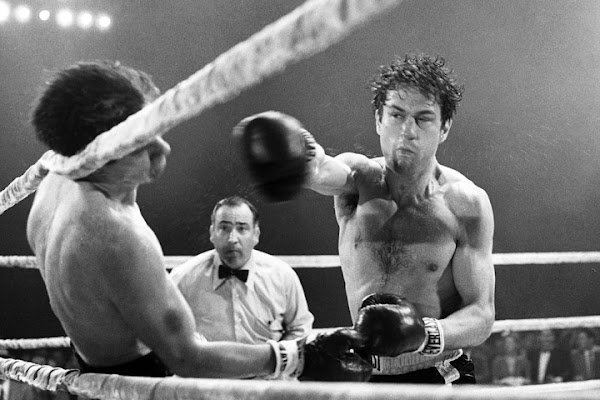